"Phil Manzanera of Roxy Music was asked to perform an Italian song in English at the San Remo Festival.
​I collaborated on the translation and performance - with a thundering orchestra behind us. Thrilling, "says Phil. 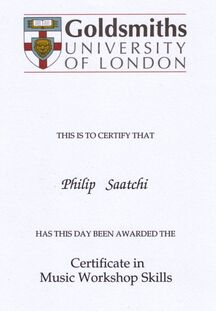